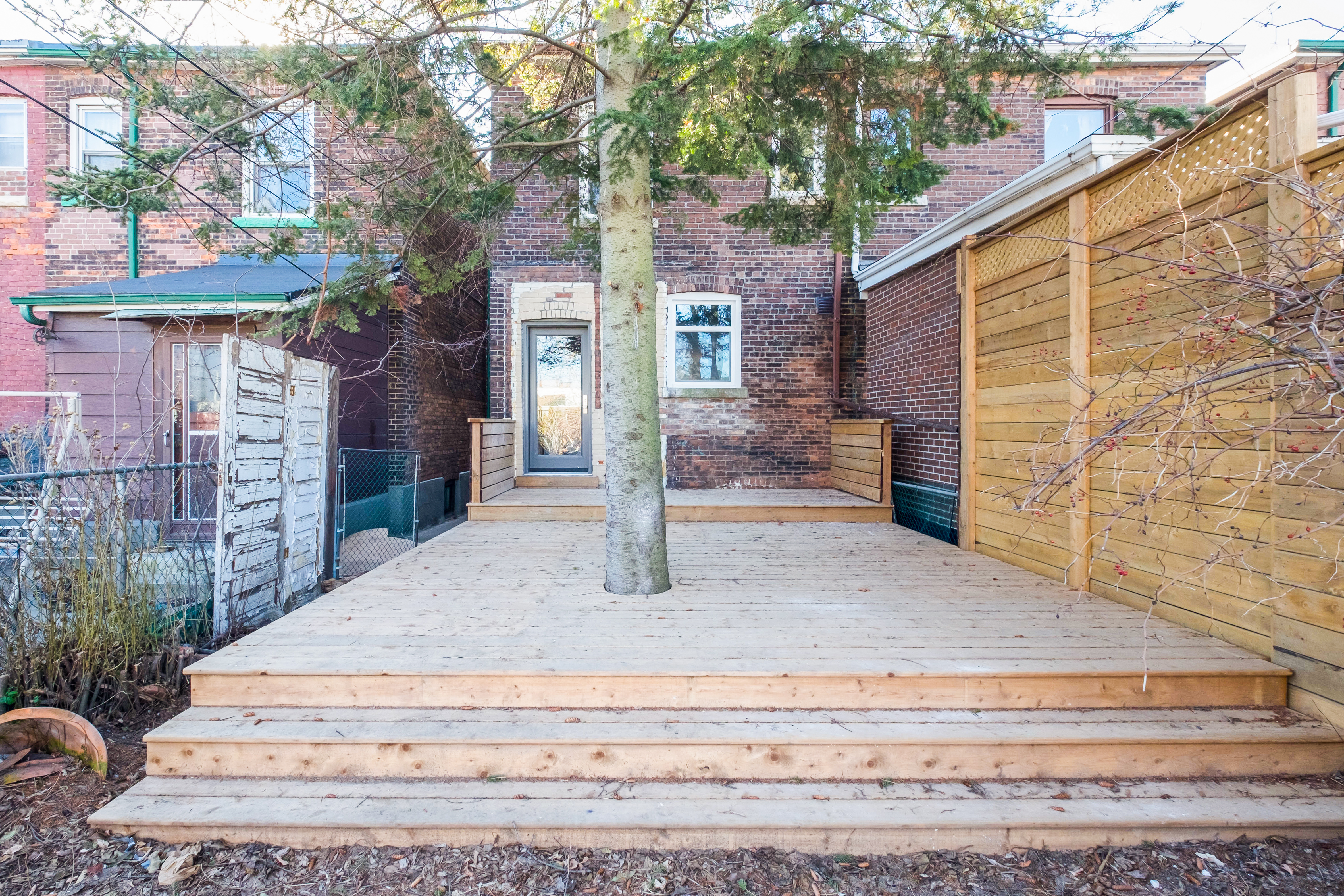 Have you ever wondered what the exterior space of Herman Avenue looks like?

Previously featured is Studio Jonah’s residential project, Herman Avenue. If you haven’t read it yet, be sure to check it out. This post features the exterior space of Herman Avenue in spirit of warmer weather and patio evenings!

To recap, Herman Avenue’s primary focus was to design for prospective buyers. Most architects are familiar with the term, “form follows function” but what happens when you don’t know the function? So what could end up dictating the design? Turns out for this outdoor space, it was a tree.

Herman Avenue’s backyard is a typical ‘Torontonian’ sized lot, narrow and deep. With an elegant gradual level change in the deck, it addresses the motif of primary and secondary spaces. The highest platform acts as an exterior vestibule from the interior to exterior while the lowered platform is extravagantly sized to induce a desire for summer with final leading steps to the lush ground.

The focal point is this large mature tree standing near dead center of the deck. Originally, it was planned for this tree to be removed but after tedious amounts of paper work and budgets, it deemed illogical to remove something that could end up being the charisma of this special space.

I can imagine fairy lights hanging from the tree with lawn chairs scattered around the deck while a portable fire pit cracks in the background. Or perhaps add additional millwork details to create a picnic table around the tree?

This space has endless potential for any prospective buyers as it doesn’t dictate a function nor does the design distract or disturb any type of possibilities. As summer rolls up, I’d love to hear some of your ideas for this space!