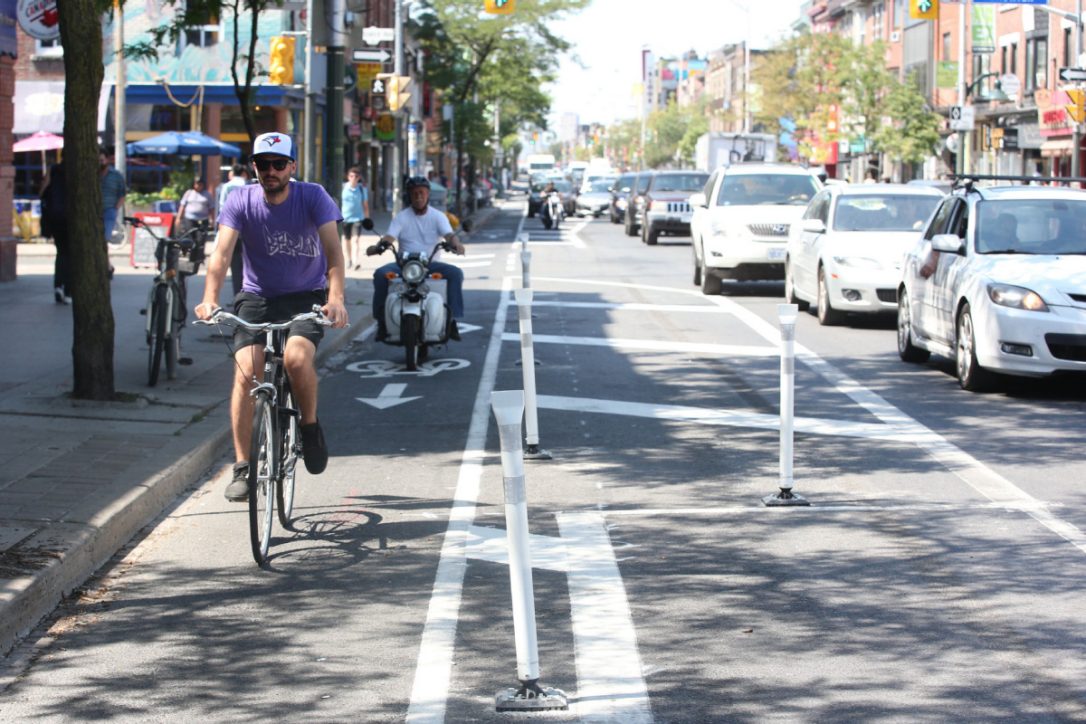 2016 has been an incredibly dynamic year here in Toronto, especially with so much developments happening — don’t we all agree? Some are exciting and hopeful, while some are controversial and debatable. Needless to say, countless number of condos have been built and proposed. Let’s forget about condos for now and sit back to reflect on public developments that took place and will take our city one step further.

Last week, I was fortunate to attend and see the chief planner Jennifer Keesmaat and great panelists (Gregg Lintern, Andy  Chisholm, Anne Brayley, Ken Greenberg and Mary Wiens, from left) at the Canadian Urban Institute (CUI) annual event and listen to her vision of the future of Toronto. Her talk not only covered the kinds of projects and initiatives happening all over the city of Toronto, from road network improvement to youth engagement, but also the future of developments that will take place and shape our own city. What does the future of Toronto hold?

I’m not a cyclist myself, but I cannot imagine how challenging and difficult it would be to ride a bike around Downtown Toronto. The designated lanes solely for bicycles are uncommon or narrow and often combined with car lanes, which makes riding even more dangerous. The Bloor Street Bike Lane has been first implemented in summer, which has been receiving generally positive feedbacks from cyclists, but definitely not from drivers who now only have one lane to drive.

During the event, Keesmaat stated a thought-provoking stat: Of the people coming in and out of Toronto daily, only 16% are in the cars, and the rest are pedestrians (including public transit users). We are also all very aware that gridlock has been an obnoxious reality in the city of Toronto where cars, buses, bicycles AND streetcars crunch in narrow lanes. Recently, the mayor John Tory has submitted a proposal for tolls on the Don Valley Parkway and Gardiner Expressway, which has definitely sparked some interesting discussions related to gridlock. At this point, we should ask ourselves: what should be the future of bike lanes, road network, transits, and gridlock?

When heard about the news, many people were skeptical of the project in every way possible. But, think about it — it’s always easy to pick on something that we are not used to and raise concerns about any potential issues you can name such as the potential introduction of view tax (which is already happening in New York City), air rights of the railroad, a biased development focused in the city centre, and more.

Many metropolitan cities are famous for great parks and urban realm: Millennium Park in Chicago, London’s Hyde Park, Luxembourg Garden in Paris, and New York City’s Central Park. Picture this — some of us may have seen hundreds of people flooding out of the Roger’s Centre as the Blue Jay’s game ends. Imagine these people, who walk down the streets to home, bars or TTC, will now walk around the park as the game ends.

The future of Toronto seems incredibly bright and energetic, and there are so much possibilities, changes and improvements to look forward to. To close, however, I’d like to share one critical question asked by the Executive Director of Bloor-Yorkville BIA Briar de Lange during the CUI event, where she questioned the liability of the city as a developer. We already have so many beautiful parks around Toronto but some of them are under-funded and in poor condition due to the lack of maintenance and budget. If we have problems funding the existing parks, what are the reasons behind for pushing the project like Rail Deck Park that could cost billions of budgets? How do we want to spend our money? Share your thoughts with us.