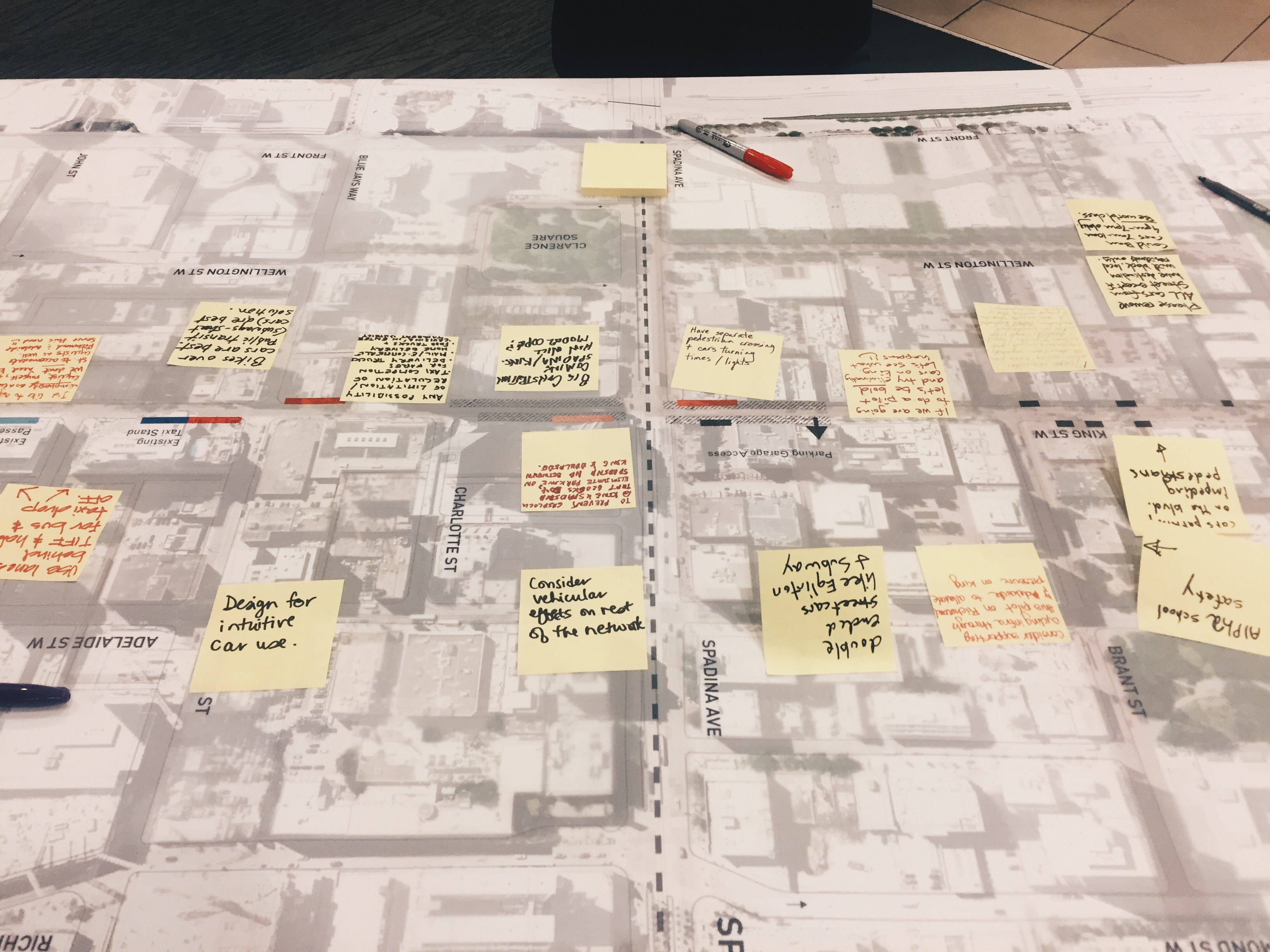 What are the words that come to your mind when you think of ‘metropolitan area’? Densely-populated, traffic congestion, crowd, noise, agglomeration… these words often involve negative connotations. Imagine then: What would a metropolitan city with a stretch of car-free road look like?

Last Monday, 13th of February, the City of Toronto held a public meeting, discussing about initiatives and plans of King Street Pilot Study. (Personally, I didn’t know what ‘pilot study’ really means, and it is a preliminary study evaluating feasibility, possibilities, cost and effect of certain projects). I’ve attended the event out of my own curiosity and to have my questions answered: How does the City organise such a big meeting? Who are the target community? and most importantly, What are they really thinking?

Given its prominent location near Financial, Entertainment and Fashion Districts of the Downtown core, King Street has the largest influx/outflux of people, carrying more than 65,000 riders each weekday. However, of these thousands of people, only 16% travel by car and yet they occupy 64% of surface space. Instantly, that sounds like a problem.

The plan is not to get rid of cars completely from King Street, but rather, to make it more pedestrian-oriented environment, promoting urban realm, safety and connectedness. For instance, incorporating tracks solely designated for streetcars (just like Spadina Avenue) would have the least intervention.

2) What are the concerns?

One of the popular concerns was obviously, why invest in streetcars (the perpetual problems of Toronto) when you can invest in subways? Focusing on the nature of ‘pilot study’, the project aims to explore pedestrian and cyclists-oriented options, starting from the conditions we already have.

Other popular questions include: What about delivery trucks? Taxi users? Uber? What are the options for cyclists? Making it one-way (and Queen Street the other way)? There are many questions that remain unanswered, however (i.e. the City “took it as advice”).

I don’t live on King Street, nor do I work on King or use King Street for any travel necessary. King Street is a vibrant stretch of the city that involves not just financial institutions and international corporations, but a wide spectrum of small and large businesses like restaurants, theatres like Princess of Wales and TIFF Bell Lightbox, and Liberty Village, the BIA. With so many of their own colours and characteristics, the users of King Street brought in a wide range of concerns and ideas, which I, as a non-frequent user of King Street, have not experienced.

You might then ask me why I went to this public meeting when I don’t even live or work on King Street. Well, my simple answer would be, as a resident of this vibrant city, changes happen rapidly and any effect could impact the way surrounding neighbourhoods work and eventually myself as well. So why not engage?