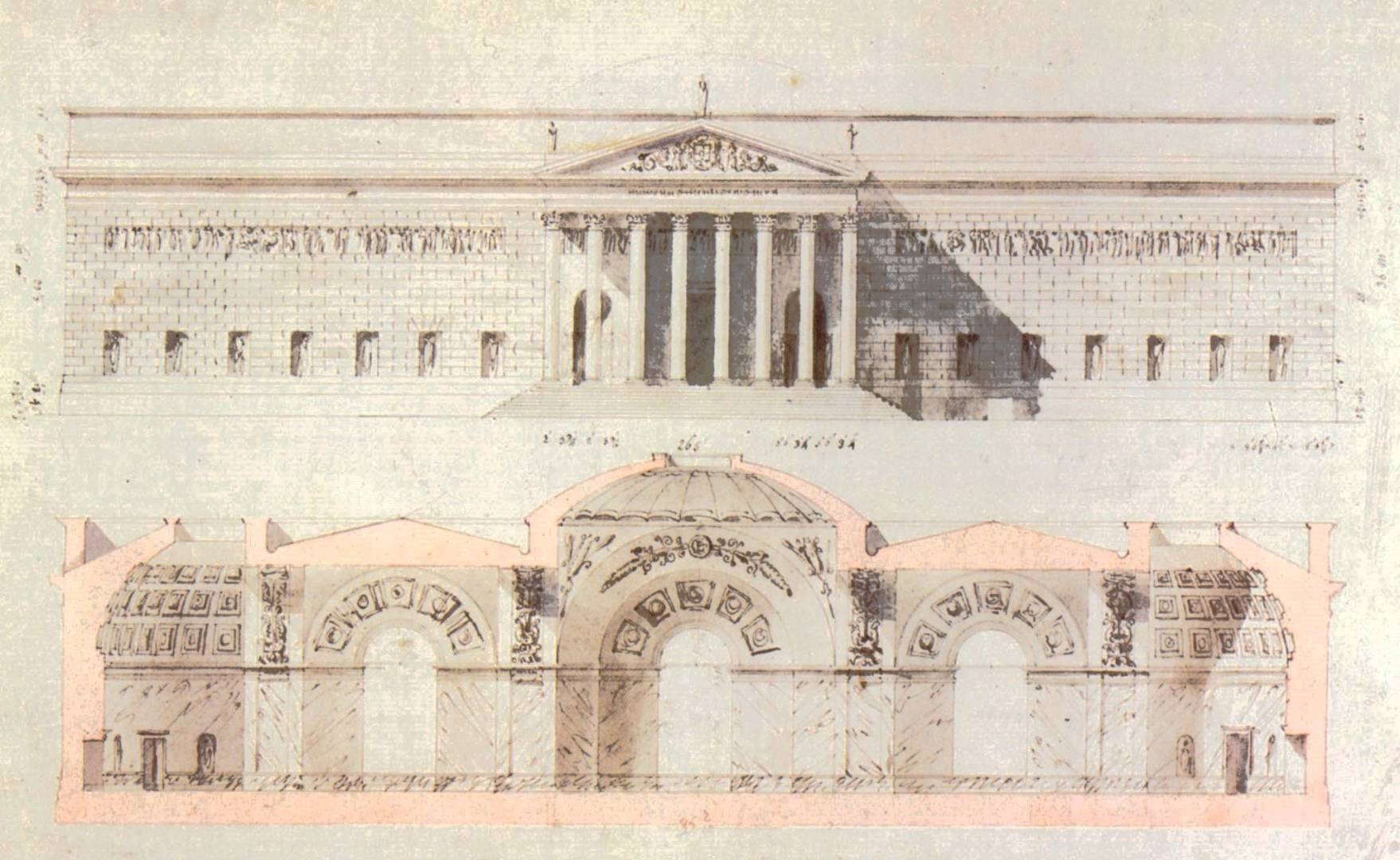 It’s no coincidence to address a step forward while thinking about a leap year. Although we don’t have that one extra day this year, it certainly has proved helpful previous years to contribute to what we have today. In fact, it was on a remarkable leap day of 1784 that an influential neoclassical architect was born- Leo von Klenze.

I think it is easy to forget about older architects when we live in the modern day of Zaha Hadid and Bjarke Injels, so it is important to reflect back on what we and possibly even the big-name contemporary architects had learnt from others before them!

A little history on Leo von Klenze, is that he was a German architect foremost, but he was also a skilled painter and writer. Subsequently, he has mostly left behind his legacies in the form of architecture, writings, paintings, and antiquities.

Being a multi-discplinary polymath

Having interest in other artistic endeavours, Leo von Klenze used his paintings to depict ancient buildings that he would later use as models for his architectural projects. Once, I had a studio breakthrough during my summer term in school designing a botanical garden, while actually gardening. So maybe doing other activities other than architecture is a good thing? Seems like it to me, not only do you get to explore the demands of other hobbies and work but you can certainly find interrelationships between all trades.

Leo von Klenze also travelled a lot! He sought to teach himself what can’t be taught through conversation but by sight and experience.

He travelled to Italy and Greece where he was very much influenced and ultimately lead to his overall aesthetic. One of the most possibly skillful way to learn while seeing must be sketching on-site. There’s something about the way people past you as you sketch, sometimes looking over your shoulder or even commenting approvingly how you’ve depicted the space.

Last, but certainly not least, is we cannot neglect to mention Leo Von Klenze’s most generous move when he decided to sell his entire collection of paintings that ultimately led to a museum’s core collection! It may be absent in many competitive school and work environments is the attitude to help others learn but think about all that we could achieve if we shared the same goal.

Happy common year day! (Yes, that is the official term for a ‘normal’ non-leap day year) Inspired very much by Facebook’s own ‘a year ago today’, there isn’t a February 29th but I think we’ve done a great job remembering Leo Von Klenze’s birthday and contribution!