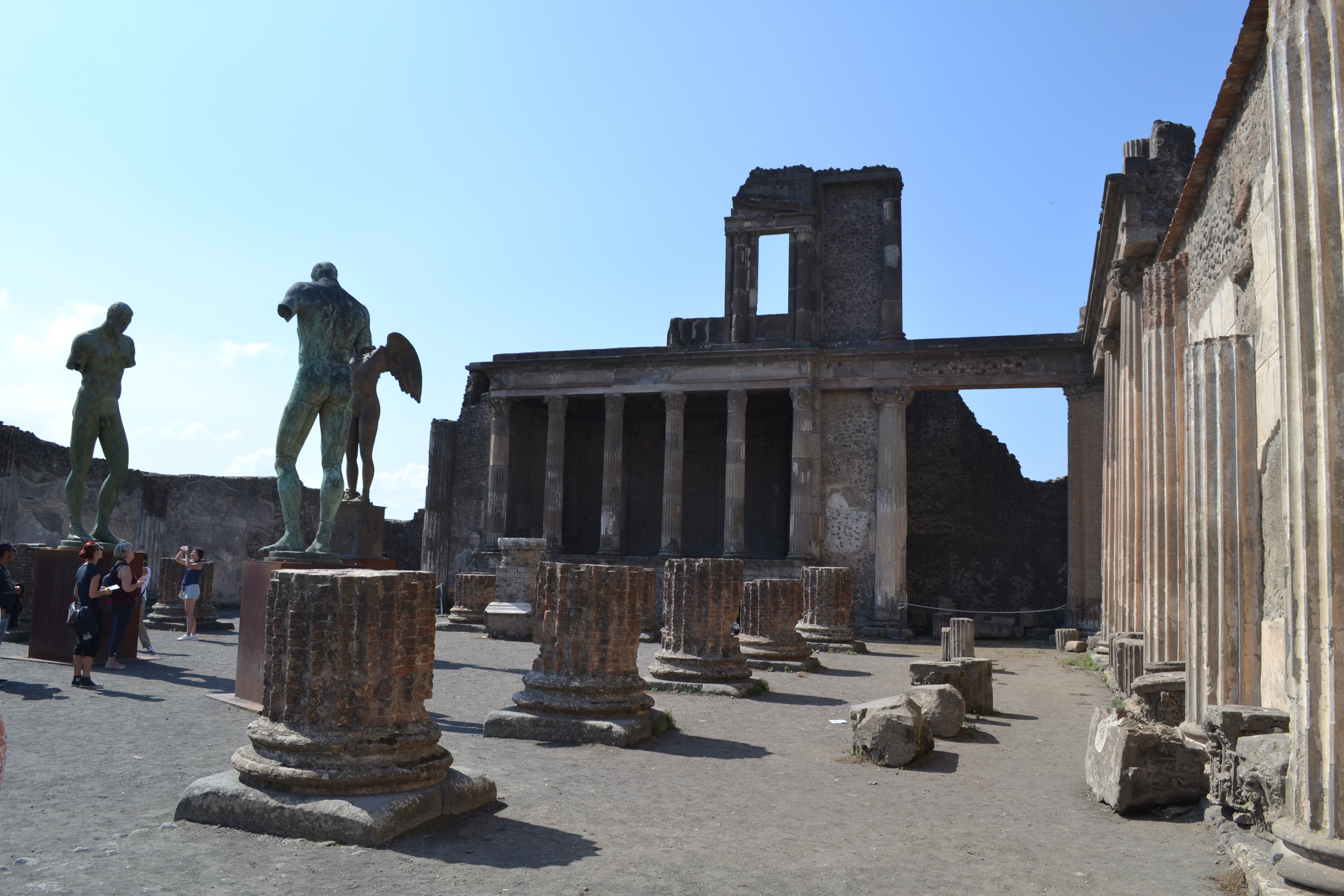 It is October! Officially this means every day of this month has to be something related to the sorts of Halloween, so, I’d like to exercise your imagination in preparation for all the ghost, goblins, and witches to come.

I am in Rome, I arrived nearly a month ago. For my time here, I have been attending school which takes me on field trips to study architectural pieces. However, lately I’ve noticed that sometimes I feel more like an archaeologist trying to piece together human and ancient past based on the architectural material remains in front of me.

This got my imagination running... But let’s take it easy from the beginning.

Temple of Athena in Paestum

This is the Temple of Athena in Paestum. My imagination for this grand architectural piece didn’t have to work that hard to rebuild what probably happened in the past. It maintains its monumental gesture and scale. This ‘ruin’ still sustains the sense of awe and immense reverence for the divinity.

Hadrian’s Villa in Tivoli begins to challenge your imagination. What was once so magnificently striking has been reduced to literal ruins and abstract spaces. Columns are left askew supporting what I can only imagine use to be a such a grandiose vault. Still, the space within the fragmented walls are defining and the area it manifest is conveyed. I still, can imagine, workers of the villa bustling, in a hurry to get whatever to wherever they needed to be.

Grotto of Tiberius in Sperlonga

My brain is trying to take in this space as I step in the musky reflective grotto of Tiberius in Sperlonga. Tiberius, the emperor who ruled from 14AD to 37AD made his summer residence here.  Did he enjoy the scenic panoramic views this grotto provided? What did he do here? I can only imagine what this looked like in its prime if it is still so impressive today. I am told that this ruin has been left relatively unchanged. Alas, we are missing the most important parts,  the two statues that were situated on the platforms in the middle of the pools.

Temple of Mercury in the bath house of Baiae.

This space in the Temple (actually a bath) of Mercury  in Baiae is one of the oldest examples of a large dome. Similar to the Pantheon, this space has an oculus in the center and skylights. This space has haunting acoustics, echoes bounce and reflect so perfectly within the structure, I wonder how it ever could have been a bath.

Of all the ruins I have seen so far, everything is a reminder, a nostalgic nod to what was once the buildings that supported the Roman empire in its height of glory. But, for today, we can only imagine.